How do Parking Sensors Work?

How Reverse Parking Sensor works in a car?

When backing the car, the parking sensor uses the principle of ultrasonic waves. The ultrasonic sensor installed on the rear bumper sends ultrasonic waves to the obstacle and reflects the sound wave, calculates the actual distance between the car body and the obstacle, and then prompts the driver to stop. 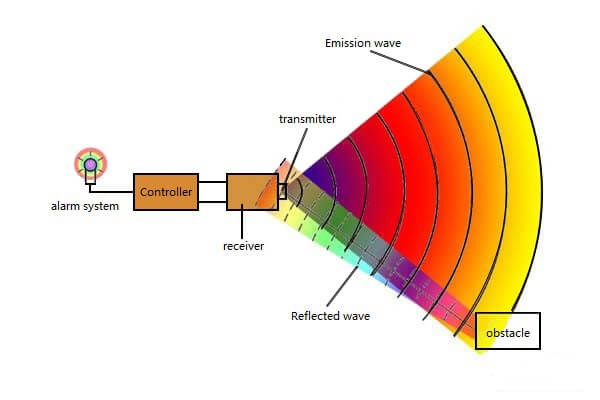 Working of the parking sensor

1 Accurately measure the distance between the rear of the vehicle and the nearest obstacle;

2 When reversing to the limit distance, a rapid warning sound can be issued to remind the driver to pay attention to braking;

3 Voice warning sounds can be repeated to remind pedestrians to pay attention to.

The parking sensor is a safety auxiliary device when the car is parking or reversing. It can notify the driver of the obstacles around the driver by sound or a more intuitive display, eliminating the troublesome when parking, reversing and starting the vehicle. It helps the driver to eliminate the defects of blind spots and blurred vision. The parking sensor is mainly composed of ultrasonic sensors, controllers and displays or buzzers, etc. 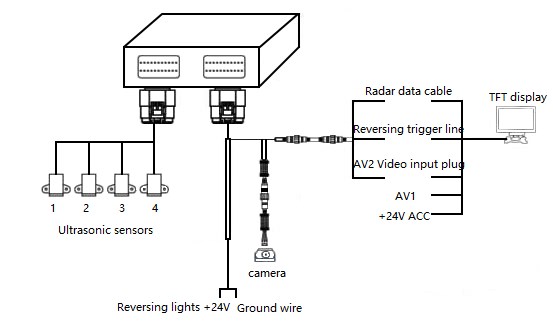 The main function of the ultrasonic sensor is to send and receive ultrasonic signals, then input the signals into the host, and display them through the display device.

Working of the ultrasonic sensor

It is common to use a transmitter-receiver integrated sensor, that is to say, both transmitting and receiving ultrasonic waves are completed by the same ultrasonic sensor.

In this integrated sensor system, there are generally only two wires connected between the ultrasonic sensor and the controller. The transmitted electrical signal and the returned electrical signal are input to the controller through these two wires. Both the transmitted signal of the ultrasonic sensor and the after-vibration signal will cover or interfere with the echo signal, thus causing the parking sensor system to lose its detection function after being below a certain distance. This is one of the reasons why the detection range of the general parking sensor must be greater than 0.3m. If the distance is less than this distance, the parking sensor cannot distinguish the signal and can only sound a long warning.

The controller processes the signal to calculate the distance and orientation between the vehicle body and the obstacle. The controller transmits a sine wave pulse to the sensor, processes the received signal, and obtains the corresponding distance value, and then communicates with the display. The main function of the controller is filtering and calculation. The controllers of different brands of parking sensor systems may be different, but the principles are basically the same.

When the sensor detects that the distance between the car and the obstacle reaches a dangerous distance, the system will send an alarm through the display and buzzer to remind the driver. The display provides corresponding distance alarm sound according to the distance.

After years of development, the parking sensor system has been upgraded with technology and improved performance, and applied to various models, such as trucks, buses, school buses, combine harvesters, corn harvesters, passenger cars, construction machinery, etc. No matter in terms of structure and appearance, or in terms of performance and price, today's products have their own characteristics. Digital display, screen display, and multi-function mirror display are more commonly used. 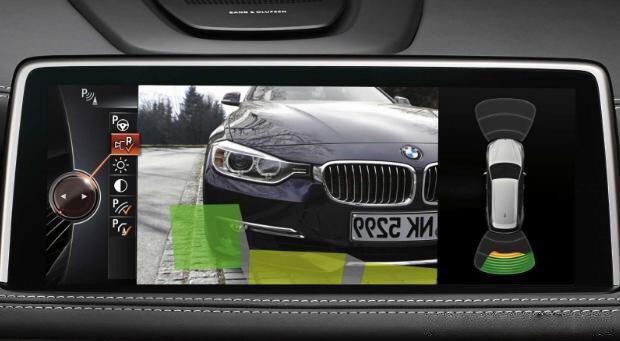 The car backup camera system makes the situation behind the car more intuitive when reversing. It is one of the most practical configurations for reversing safety. When the reverse gear is engaged, the system will automatically turn on the high-definition reversing camera located at the rear of the car, and clearly display the rear status on the reversing LCD screen, allowing you to accurately grasp the rear road conditions, and reversing is as confident as forward.

The reversing image system can be seen clearly even through infrared rays at night. The antimagnetic, shockproof, waterproof, and dustproof performance of professional vehicle ultrasonic sensors has been further improved. The car display adopts TFT true color and has no signal interference and no flicker after anti-magnetic treatment. It can receive two videos at the same time and can play VCD and DVD without a decoder. At the same time, it has the functions of reversing visual automatic level conversion and automatic switch. The dashboard and endoscope display can clearly display the information behind the car through the on-board camera at the rear of the car. Two reversing rear-view cameras can also be installed at the same time to achieve no blind spots when reversing.

The car reversing image is a series of overall systems, and it can also be added by the camera device and the on-board display. Of course, the 360-degree panoramic visual system makes up for the image that can only be provided by radar or a single rear-view camera. The panoramic visual system can have four video outputs, namely the front, back, left, and right. It is controlled by remote control and can automatically switch screens. The video can be composed of four videos or a single video.

1 Advantages and disadvantages of parking sensor

The parking sensor can detect the situation behind the vehicle in real-time and prompt the driver with sound and graphics so that the driver can easily obtain the situation behind the vehicle when reversing. Now many cars not only have a parking sensor at the rear but also a radar ultrasonic wave at the front of the sensor. And the front-end radar can automatically start when driving at low speeds, which greatly increases safety. 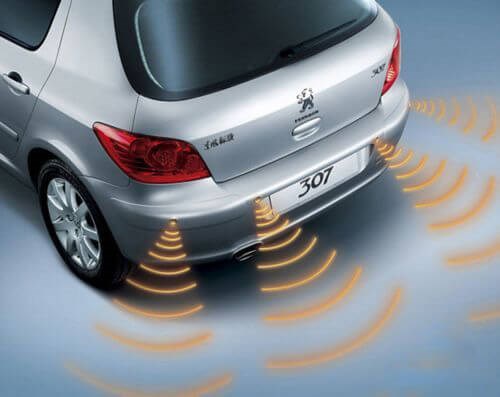 The reversing image can intuitively view the video behind the vehicle. This is a very safe method because you can see the true distance to the vehicle behind the display screen. This is why some people cannot accurately grasp the distance to the vehicle behind using the parking sensor. Most people can grasp the distance of the car after changing to the reversing image. Some advanced car backup camera can also be linked to the steering wheel to display real-time trajectories on the screen, which is a very useful function for novices. And the backup camera is easy to install. Generally, the reversing image of ordinary single output only needs to connect the positive pole of the power link wire to the power positive of the car reversing light, and the negative power link wire can be connected to the negative or ground (GND) of the reversing light. You can simply understand how to arrange the cable according to the different models of the car. The camera can be installed in a hole where it is easy to install.

1 If you prefer to install simply, just install the backup camera;

2 If you are accustomed to observing the rearview mirror and want to have a warning sound for auxiliary group parking, then choose the parking sensor;

3 If you think you need dual installation protection, that is, both video and sound functions, then you can choose to install a visual parking sensor;